Epidemic outbreak on the 8th planet of Vulcan home system

Members of the Federation,

The 8th planet of the Vulcan home system has come under a rare epidemic. It is very serious to the Vulcan people because it triggers us into a early Pan’Var state, a state of irrational emotion, lust and intense bloodlust.

We have been able to contain the outbreak to the 8th planet but if it manages to spread it would be devastating to the galaxy.

Where this outbreak started and who is behind it is unknown. Our initial research has shown there is a vaccine/antidote available. But it is controlled by the ruthless criminals, the Orion Syndicate.

As you probably know the Orion Syndicate is, similar to us, a federation of planets. But controlled by a tyrannical dictator Queen Vlorg, hell bent on controlling the galaxy. Vulcan’s have an especially sorted history with the Syndicate, and compromise between us and them is not an option.

I would like to call for support from several of our federation members, and use our bank to fund the progress. This proposal includes

10,000 SPICE for the Ferengi to use there methods of trade to find a supply of the anidote.
10,000 SPICE split between Humans and Vulcans for a continued research initiative by the human Starfleet and the Vulcans Science Academy
10,000 SPICE for the Klingons to manage a blockade around the 8th planet and hopefully keep any one from going in or out of the epidemic zone. 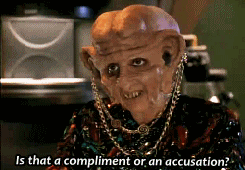 What is our current supply count of SPICE?