Description: Boom is the new social e-commerce platform that enables consumers to buy, sell and pay for everything online, without a bank account, thanks to the power of blockchain technology, and a native token called Multicoin (MTCN) fostering financial inclusion for the 1.7 billion adults unbanked worldwide. Boom connects these consumers with a combined purchasing power of $5tr annually to global brands that now have a new sales channel to address this neglected audience

Manifesto/Vision: Our mission at Boom is to provide the world’s 1.7 billion unbanked consumers, as well as those seeking a safe alternative to traditional commerce, with the unprecedented ability to shop online without a bank account and without fees, fostering financial and business inclusion for all.

Problem: Today 1.7 billion adults (including 1 billion women) in Africa, Latin America and South-East Asia, and certain parts of Europe and North America representing 35% of the world’s adult population, have no bank accounts and are thus excluded from the global digital economy. These people are currently out of the reach of global brands and merchants, despite the fact that they are one of the most desirable demographics because of their untapped purchasing power estimated at over €5 trillion in annual purchasing power. The vast majority of the 1.7 billion unbanked live in emerging countries but Western economies are not spared with 25% of the US households being unbanked or underbanked according to the FDIC. The unbanked population is incredibly diverse with half of them coming from the 40% poorest households and the other half coming from the 60% wealthiest households in their respective economies. Most of them own a mobile phone. The unbanked profile reflects the diversity of the reasons for these people to be unbanked including, a limited trust in financial institutions and the high cost and delays associated with traditional financial tools. According to McKinsey, enabling the financial inclusion of the unbanked and underbanked in the developing world would lead to an increase of about €4 Trillion in their GDP and the creation of an additional €100 trillion in financial assets.

Solution: To overcome this major problem, we have created Boom. Boom is a new revolutionary social e-commerce platform that enables consumers to buy, sell and pay for everything online, without a bank account, thanks to the power of blockchain technology, and a native token called Multicoin (MTCN).

Product Features: Boom consists of an e-commerce marketplace, a native ERC-20 token, the Multicoin (MTCN) which is the sole medium-of-exchange on Boom, a built-in wallet for payments, a secure text, audio and video messaging for communication and social media for community building and management.

Validation/Progress: Boom was successfully launched in Lagos, Nigeria on 30th of June 2022 and in Paris, France on 12th of July to a limited number of pilot merchants and consumers. The Boom app is now available in beta version and will be available worldwide for free, in Apple IOS and Google Android app stores in October 2022.

Differentiation: Boom is trying to solve a problem affecting 35% of the worldwide adult population including 1 billion women. Our mission is to ensure financial inclusion for all fostering economic growth and empowering communities worldwide. Our market is a $5 trillion market annually. Boom is the new everything. The Boom app is the new super app bringing crypto to the masses for use in commerce for everyday goods and services and onboarding the next billion Web3 users.

Peter is a serial entrepreneur that has enjoyed an incredible career, from his first startup which exported sustainable teak wood from Nigeria to India in his 20s, to evangelizing about technology in Palo Alto, California, to being name-checked in the pages of UK Vogue.

Peter was raised in Lagos by his British-Nigerian Royal Navy veteran father, he now calls Paris, Zurich, London and Monaco home, but is truly a citizen of the world.

After a stint as an engineer and a technical leader at Cisco in the 2000s helping to manage the software systems that power the internet, Peter set up Multiven in Palo Alto. Its goal of independent internet software maintenance and cyber-defense prompted a series of successful legal battles with Cisco that eventually helped to set the internet free, paving the way for today’s cheaper and safer online world. Multiven’s customer base ranges from Fortune 500 companies to government agencies. It includes AB InBev, (the world’s largest brewer), Barclays Bank, Orange, Dassault Systems, TF1, (France’s most popular TV station), the US Department of Defense (Army, Navy and Air Force), Thales, Capgemini, HP, IKEA, the Dutch National Police, MIT, and many more.

To create Boom, Peter drew on his deep knowledge of blockchain. He founded the Pingsta intellectual network for engineers, cryptographers, and scientists in 2007; its members included the late renowned cryptographer Hal Finney who was integral to the birth of bitcoin.

Peter holds a BSc in Civil Engineering from Obafemi Awolowo University in Nigeria and attended the Leadership Executive Program at Stanford University in the US.

After graduating from an Engineer School in Paris, Marc started his career in the investment banking department of CA-CIB as a JEE Analyst in 2010. In 2010, in parallel to his full-time day job, Marc set-up his first venture by creating and developing a mobile app called GalaxIR. GalaxIR was the first online real time game using the Internet or the bluetooth technology. GalaxIR proved to be a success more than 300k downloads. In 2012, Marc started to work as a Mobile Developer working for large corporates including Carrefour, Microsoft, Octo and BNP Paribas and for Tech companies and startups including Preplay, Blindo and Data Project.

Before joining Boom as CTO, Marc was working as Technical Lead on Mobile Tech at manager.one, a neo bank for professionals.

Marc holds a MSc in IT Engineering from École Supérieure d’Ingénieurs of Paris-Est. He also participated to many hackatons and won the European final of Android Developer at DroidCon 2012 in London.

Aurelien is a Tech enthusiast and a blockchain passionate and specialist. Aurelien has been involved in the blockchain ecosystem as an advisor and as an investor to various blockchain projects since 2018.

Aurelien holds a MSc in Finance from HEC Paris. He also attended the Economics of Blockchain & Digital Assets Executive Program at The Wharton School, and he is a Blockchain Training Alliance Certified Blockchain Developer.

Gebsy started her career in the cosmetic division at L’Oréal in Latin America, and then moved to Paris to join the Product Development Marketing Team. Gebsy held various Senior positions at L’Oréal including Global Marketing Director, General Manager in the Active Cosmetic Division and VP Managing Director in Europe.

Gebsy holds a MSc in Chemical Engineering from the Metropolitana University in Caracas, Venezuela as well as from the IFP school of Paris. Gebsy also earned an MBA from the Boston University School of Business. She also attended the Digital Marketing Strategy program at Columbia University in New-York.

Régis started his career at HSC, a leading IT Security Consulting company based in Paris, as a Cybersecurity and Risk Management Consultant. In 2011, Régis created CT2C, an IT company dedicated to Web Apps Development and Multimedia Projects for the Ruby On Rails technology. Over the years, Régis has developped a strong expertise a Full Stack Developer with a focus on Cybersecurity, System and Network Administrator and Network Architecture.

Régis has worked for numerous large corporates including EDF, L’Oréal, Galerie Lafayette, Carrefour, Total, SNCF, BNP Paribas and Stellantis as well as Tech companies and startups including Unow, BBSiter, Ooxoft and Thank You And Welcome.

Régis holds a MSc in Telecom Engineering from Télécom SudParis Engineer School with a specialization in systems and networks security. Régis attended the Cybersecurity Program of the French National Cybersecurity Agency. Régis is a certified ISO 27005 and LSTI Risk Manager.

For more than 10 years, Pablo has collaborated with agencies, startups, or entrepreneurs as Product Designer. Pablo specializes in digital products development from conception to strategic planning and development.

Pablo graduated from the Escuela Superior de Publicidad in Spain.

What the Funds Are For:

Help Requested: Help us created best-in class worldwide operations to improve financial inclusion and empowering communities worldwide thanks to the power of blockchain.

DocSend helps you communicate more effectively by telling you what happens to content after you send them and letting you keep control in real time.

Boom - Buy and sell everything without a bank account 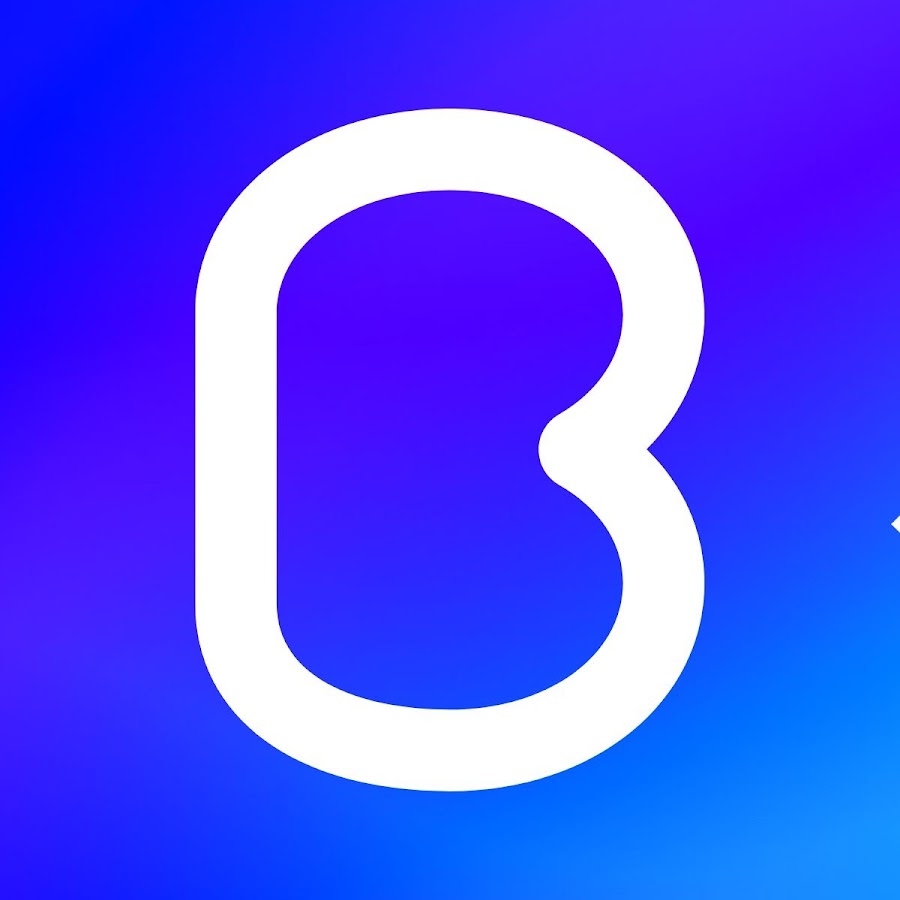 Share your videos with friends, family, and the world

If you can think it you can do it 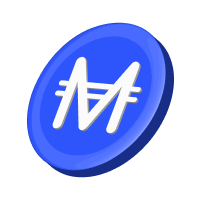 this project is not really a good fit for MolochDAO to fund, appreciate the interest though.