We are a network of three MENA-based blockchain-focused initiatives and one company of editorial and translation service providers, joining our forces to develop and propagate an opensource unified glossary for translating essential blockchain technology to Arabic.

Through the last decade, the Arab region maintained what might be the globe’s slowest adoption rate of blockchain technology, despite the number of problems that this technology can mitigate in the region.

While there are multiple possible factors behind this High Potential / Low Adoption paradox, one of leading factors might be the linguistic bottleneck keeping most of quality blockchain content inaccessible to the Arab user.

This problem is largely caused by the complex nature of Arabic language, which consists of a dozen dialects spread across two continents, and struggles with digesting the stream of new technical terminology dissipated from the Western world.

Currently, there is no unified reference for translating, localizing and Arabizing blockchain terminology.

Despite there being individual attempts, different platforms still use different translation standards, creating an infrastructural problem. We want to tackle this problem early on, before translation efforts become even more dispersed.

Without a unified reference for localizing blockchain, there will be no unified spelling or translation for essential SEO keywords and hashtags. Publishers, websites and apps currently struggle to be found by their online audience, as one different letter or entirely different translation can lead browsers away from a certain result.

Arabic is one of the five most spoken languages in the world, however, the Ethereum website (for example) was translated to over 40 languages before it finally became partially available in Arabic in late 2021. This observation could be generalized to any number of blockchain projects, where Arabic translations are still unavailable or made available at a disproportionately late stage.

This is due in part to the lack of trusted and unified references on translating blockchain to a language as tricky as Arabic, which made every project aiming to translate its copy to start from scratch, and spend more resources and time than needed translating to other languages.

The lack of Arabized blockchain content and communication establishes a linguistic barrier in the face of mono-lingual Arabs. While there are no clear statistics on mono-lingual Arabs, the statistics regarding illiteracy in the Arab region are a strong indicator that well over two thirds of the residents don’t have the needed literacy in a universal second language so they can digest complex blockchain topics outside their mother tongue.

The Arab world remains today one of the slowest regions in terms of blockchain adoption in the world, and this linguistic barrier could be one of the leading factors behind this issue.

Due to the asymmetrically high formal adoption of blockchain technology in the GCC region (particularly: Kuwait, KSA, UAE, Oman, Bahrain), most of localization and translation efforts are happening in and for this region, which resulted in a number of unintentional biases, such as local and regional biases (translations are more understood in the GCC than the rest of the Arab region), or medium biases (translations are more equipped to platforms popular in GCC in particular.

This can establish a loop where blockchain becomes more popular in the GCC region and less served outside of it.

While producing an Arabic glossary for blockchain technology isn’t in itself a great challenge, the challenge would be to produce a glossary that is widely adopted to the point that it starts effectively tackling the pre-mentioned problems, such as poor SEO efficiency stemming from dispersed translation efforts.

In order to achieve this ‘Unified’ quality, we will:

The project will be implemented throughout the following four stages:

During the first phase, we will partner up with DocStream to survey 30,000 words of blockchain content, collected across 4 categories: 1. Whitepapers, 2. Wikipedia pages, 3. Press & Media, 4. Social Media (Twitter / Discord).

We will then sort the terms used in this sample by frequency of use, and cluster them in patches of 60 terms each, starting with the most frequently used terms.

In parallel, we will settle on a set of translation approaches, taking in consideration 4 main factors: 1. Adoptability, 2. Region transference, 3. Medium agnostic, 4. Cultural equivalence.

In this phase, participating translators, whether individuals or institutions, will receive a sheet for each patch of terms, with three columns: Original Term / Proposed Translation / Rationale. Each party will fill in the sheet with their proposed translations and rationales.

A series of online workshops will follow, bringing together representatives of each party. One workshop will be conducted for each patch, to discuss proposed translations, vote on the most persuasive one, and document the used rationale.

After that, every patch of finalized translations will be sent to DocStream for conjucation, where terms will be adapted to different linguistic contexts (plural form, dual form, sex forms, etc), then to ZeFi for publishing.

We aim to translate around 600 terms in the first patch, the resulting glossary, along with its documentation, will be published on a sub-domain hosted and maintained by ZeFi.

After publishing, we will launch a propagation campaign geared towards achieving adoption for the glossary at 5 levels. We plan by the end of this phase to have the glossary adopted by:

After the full implementation of the project, the network will establish a joint translation unit, geared towards achieving three long term goals:

We will be consulting with a small group of academic and industry experts on the end of each project stage. Beside that, we will be accepting and reviewing editing and addition requests from the public. Lastly, we plan to update the glossary upon 6-9 months intervals, adding new terms and applying any necessary modifications to previous translations.

We are finishing the first phase of the project (Research). During this phase we are producing the following:

Differentiation (from other projects)

Today there is three main references to translating blockchain terminology to Arabic:

Arabs in Blockchain is founded by Eman Hewary, who played a pioneering role in translating Ethereum to Arabic.

What the Funds Are For

Raised: $11,300 (from Solana Foundation, part of a grant awarded to Tafkir)

We are receiving logistical support from the Ethereum Foundation’s EcoDev team, who are sharing with us Ethereum’s previous efforts on translating resources to Arabic, and the de facto glossary that they have developed while translating. 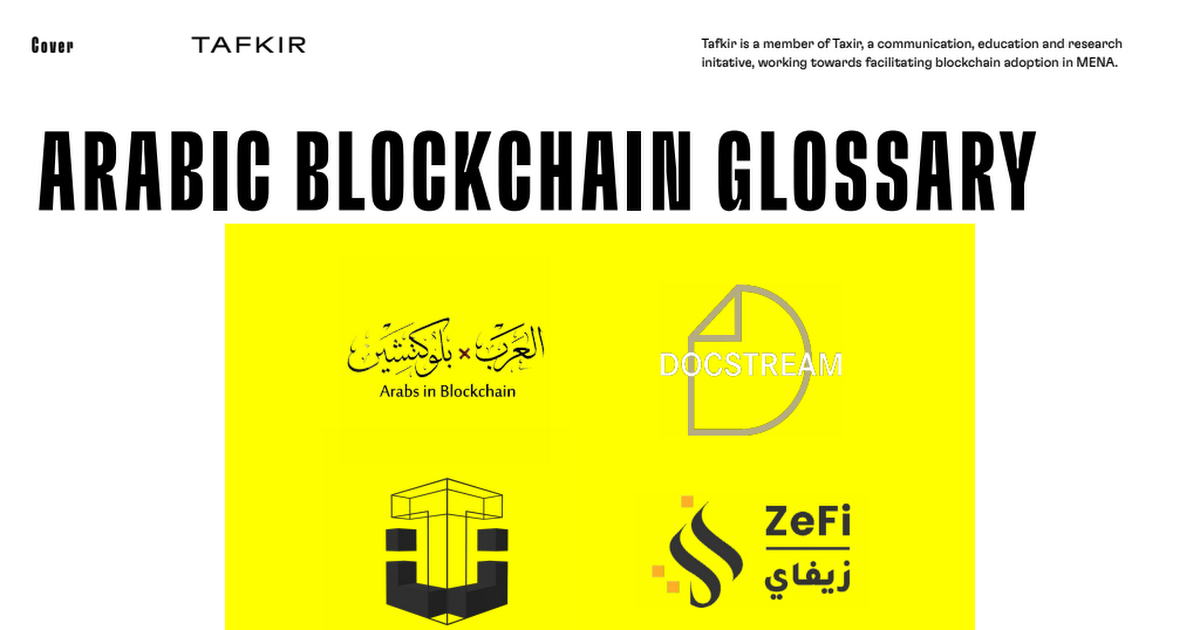 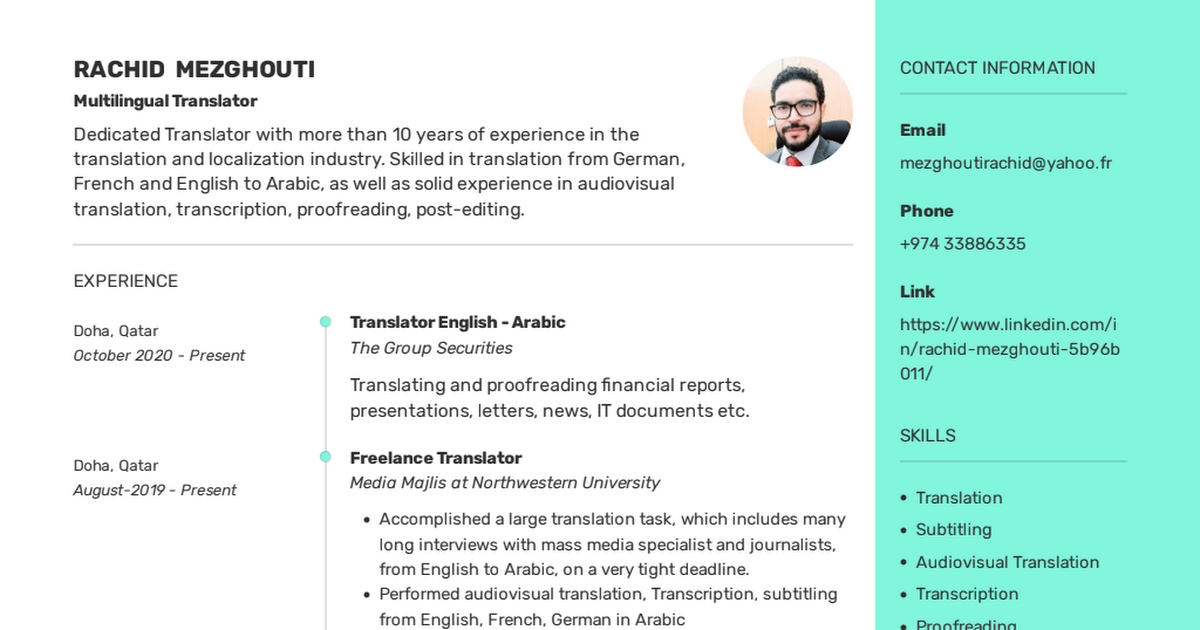 During our last workshop as network, we finally configured our project structure, and we decided to proceed as a guild-type of DAO. We also voted on a project title, and we are going with AbjaDAO, which is Arabic for AbcDAO (the first letters of alphabet).

Attached is an updated presentation of our project with the new adjustments added: 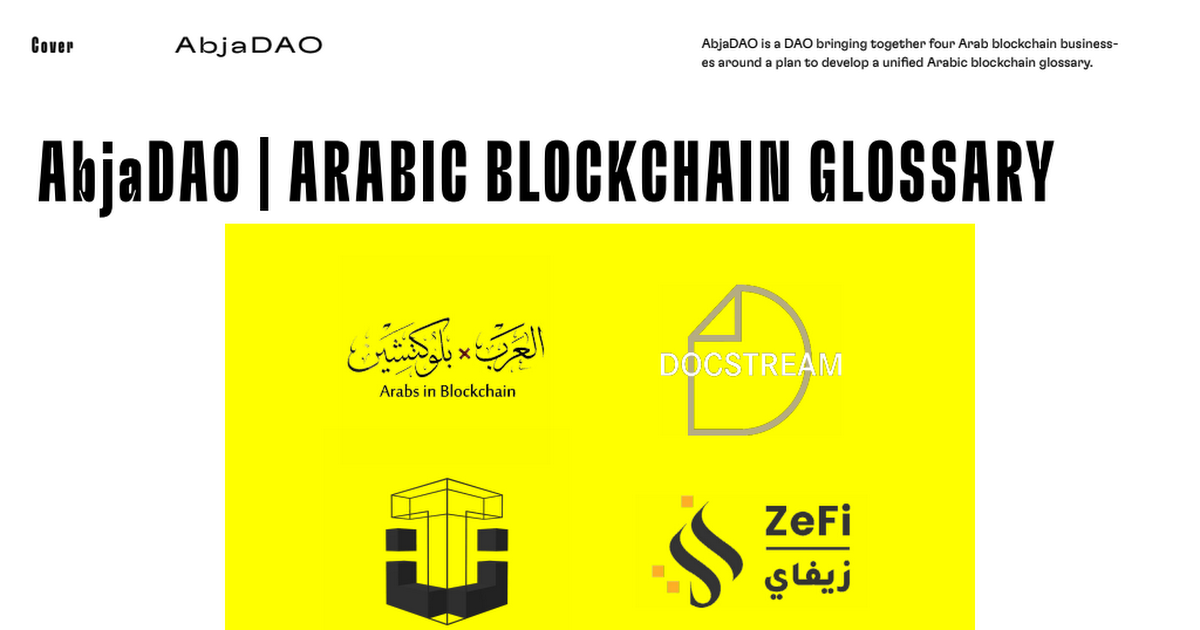